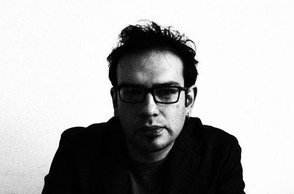 Composer, improvising performer, and researcher based in The Netherlands.

His works explore alternative approaches to contemporary music composition and performance practices including different forms of improvisation and the use of open public spaces.

Either as a composer or as a guitarist, Amador´s music has been performed extensively in Europe and America by ensembles such as Doelen Ensemble, Asko Shoenberg Ensemble and Netherlands Blazers Ensemble among others.

He has delivered lectures and conducted workshops in conservatories and universities in México, Spain, Switzerland, and Poland.

Since 2016, Amador works as a lecturer and teacher at CODARTS, University of the Arts in Rotterdam, NL and at the Rotterdam Arts and Science Lab.

Since 2019, Amador is part of the National System of Art Creators in México (SNCA), one of the most prestigious artists fellowship in Latinamerica.

​Amador holds a Ph.D. in Music Composition from the Academy of Music in Krakow, PL., a Master Degree (MMus) in CODARTS in Rotterdam, NL.,  a  Licentiate Diploma in Composition (LTCL) with honors from the Trinity College of Music of London as well as  Musical Theory, Criticism and Literature Degree (AMusTCL) and a diploma from the Institute of Sonology in The Hague, NL.

Josué Amador currently lives in Rotterdam, NL. where he works as a freelance composer and performer.